bookish / it's the new year, so that means time for goal-setting, in both my personal life and blogging one

Hello my friends! IT’S 2019!!! (And I’ll probably keep calling it 2018 for another month and a half or so because the realization hasn’t quite settled in my brain.)

I know I just said the other day that I don’t post on Wednesdays. They’re kind of like my ‘day off’ from all things blogging. But, well, I meant to get this out yesterday, and that didn’t happen because, well, there was a birthday party, the Rose Bowl game, much sleeping, and mounds of laundry. (Have you heard of the superstition about doing laundry on the new year??? That it’ll cause someone to get washed away/die, it’ll wash away a year worth of luck, and that it’ll cause you to do more laundry than ever that year??? Yeah, I was told about this after the fact. Oops. 😵)

It’s time for some obligatory mentioning of goals for the new year. I’m usually terrible with sticking to them, but who knows? This year could be great.

So, this is reminiscent to the Backlist Challenge I’ve attempted one or 12 times since I’ve been blogging, but in this case, it’s ongoing until I am under 100 books. (I may make it smaller as I’ve been slowly deleting books off of my Goodreads TBR that, a) no longer interest me, or b) have a Goodreads rating of 3.5 or lower. (Some exceptions may apply to that last one.)

I’m going to be keeping tabs of all of my books read via the project here. (Heads up: it doesn’t look like much right now.)

But for the project, I compiled hundreds of strips of paper with books titles on them and put together a TBR jar. (Okay, it’s really a can… an old formula can. 🤷🏻‍♀️) Here’s the plan: At the beginning of each month, I’ll draw a title out of the can and give myself the whole month to read that book, along with the other books I have planned for that month. 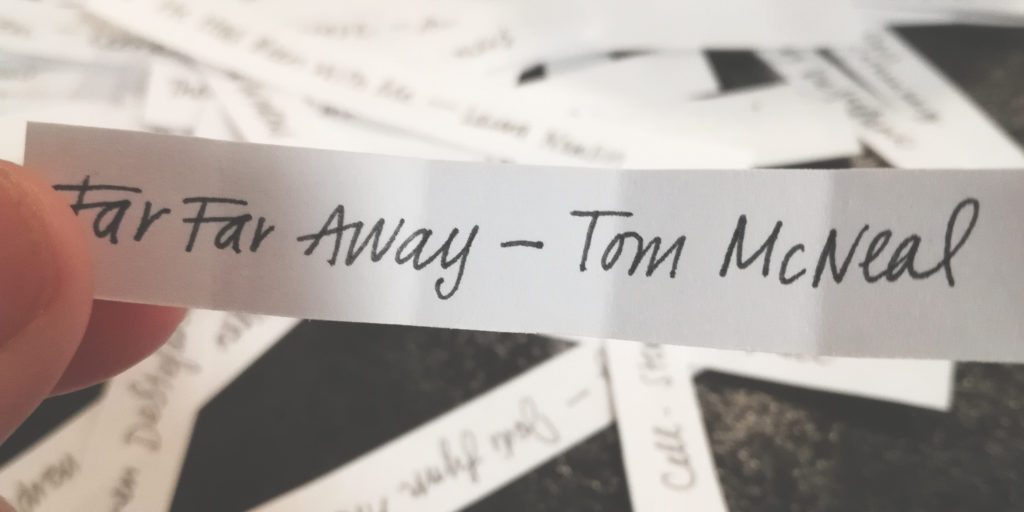 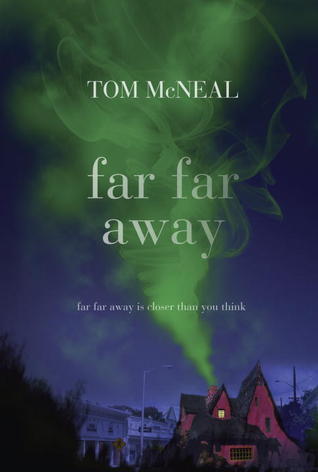 Far Far Away by Tom McNeal
Published on June 11th, 2013 by Knopf Books for Young Readers
384 pages
Goodreads rating: 3.87
How will I read it? Borrow eBook from the library

It says quite a lot about Jeremy Johnson Johnson that the strangest thing about him isn’t even the fact his mother and father both had the same last name. Jeremy once admitted he’s able to hear voices, and the townspeople of Never Better have treated him like an outsider since.

After his mother left, his father became a recluse, and it’s been up to Jeremy to support the family. But it hasn’t been up to Jeremy alone. The truth is, Jeremy can hear voices. Or, specifically, one voice: the voice of the ghost of Jacob Grimm, one half of the infamous writing duo, The Brothers Grimm. Jacob watches over Jeremy, protecting him from an unknown dark evil whispered about in the space between this world and the next.

But when the provocative local girl Ginger Boultinghouse takes an interest in Jeremy (and his unique abilities), a grim chain of events is put into motion. And as anyone familiar with the Grimm Brothers know, not all fairy tales have happy endings…

What goals have you set for yourself this year? How many books do you have on your TBR, and do you think a backlist challenge will help you achieve your reading goals? What do you think of the book I picked for January?