Weekly / October in a nutshell

BLOG DIGEST #1 / let's talk about what happened in october!

October is one of my favorite months of the year, and not because it brings almost instant weather changes and rhinovirus. The changing leaves, the cooler weather, the feeling of spoOooOkiness and fall and Halloween decorations just bring me a sense of giddiness that I just can’t comprehend nor explain. I think it’s because it means the holidays are right around the corner, and October is the beginning of all the happiness and togetherness that I treasure.

So my blog digests are not going to be anything too intricate…hence, digest. Because like I’ve told you before, being a mom sucks up a lot of spare time. I’ll briefly go over what I posted on the blog (which, for this month, is non-existent), and then go over books I either read, purchased or borrowed from the library. And maybe some brief talk about what I’ve been up to in my personal life. I’m thinking of doing 3 per month (beginning of, mid-, and end of), but who knows, that could change. I’m a woman — I change my mind a lot. *shrug*

My new blog is just setting off on its new voyage, so there’s not much to recap here.

Kingdom of Ash came in the mail this past Tuesday, so I’m excited about that. It’s so pretty and shiny and makes my collection of the series look complete! BUT, since I haven’t done much reading in the past six months (or even before that, let me be honest with ya), I’ve yet to read Tower of Dawn — GAH! That might be next on my list because I neeeeeed to get my head back in that world. I just need it.

And at the library, I picked up some parenting books. Heh. (Some of these could come in handy both at home AND at work!) 👍🏻 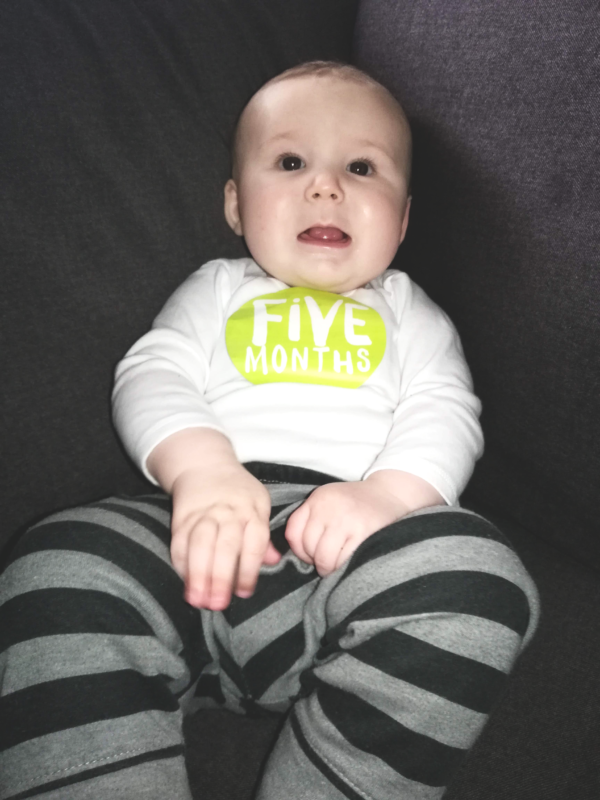 How is this little cutie almost 6 months old?

At the beginning of the month, Rowan turned five months old and we introduced solid foods to him! And he was also consistently rolling over onto his tummy, even at night. Now, he’s just about six months old and he’s nearly 19 lbs, and 28 inches long! How have these last six months gone by so fast??? I still remember walking into the house for the first time with him like it was yesterday.

Any time I lay him down now, it’s straight to the tummy, and he can even hold his own bottles now. He’s also getting his knees up under him, so I’m pretty sure in the next week or so he’s going to start crawling… uh oh.

Besides trying to get my blog up and running, and also managing my home life, my mom life, AND my work life, I didn’t really do much. Mommin’ and workin’ take up a lot of my time. But Friday, my work held a Trunk-or-Treat event (which we had to move inside due to rainy weather), and yesterday, my boyfriend and I went zombie paint-balling! Even though it was pretty cold and rainy, it was a blast, and it was nice to get out and have a “date” like we used to do.

October was a pretty good month, save for the fact that the beginning of it brought on a cold, as per usual. I’ve really enjoyed the beautiful fall weather we’ve had this past week, and can’t wait to see more of it in November! I want to show Rowan what playing in a pile of leaves is like!

How was October for you? Did you celebrate Halloween? 👻🕷⚰️ What did you read or watch?