bookish / reminiscing on my favorite novels of the year 2019!

It’s a bit late to posting, but better late than never, I always say! Everything’s been a bit off over here, really, since I’ve been polishing up old posts to accommodate my new design. *shrug* I just like everything to look spiffy. Also my new workout routine has got a lot of other things sitting in the shadows, like my poor blog. But don’t worry! I always try to make time for it. 🥰

The last day of 2019 – the last day of the decade – has come and gone, and we’re diving right in to 2020. It’s still crazy to me how we’re already more than 3 weeks in. The near is full of exciting things for us book bloggers. For instance, we get to pick a number of books to read for the whole year (last year I picked 45, and I failed… epically), and I’m repeating past mistakes in 2020 by selecting an even bigger number: 50! 😅

I didn’t so so hot with last year’s bloggish goals, either. Keeping up with post organization? Only somewhat. Visit at least 5 different blogs (& comment) per day? HA! Utilize Twitter more? Sometimes I go days without tweeting, and my friendships on there aren’t very deep, sadly. Reviews books as soon as I’m done with them? Girl, please. I definitely do not do that.

Let’s focus on some realistic goals this year, shall we? 1. Spend 2 hours per week reading and commenting on other blogs. I’ll split this up however I can on a week-by-week basis, but I need to get to know my neighbors, so to speak! There are so many of us, and I feel I’ve barely scratched the surface while I’m over here swimming in my owl personal fishbowl. 2. Attempt one book review per week. Unsure how realistic this is. But it is a goal nonetheless. 👍🏻 3. Use. Twitter. More. I’m cheating and using last year’s goal, but hey! I really need to!

Now let’s talk about the books I read this year, shall we?

Here is my complete list of books read in 2019. 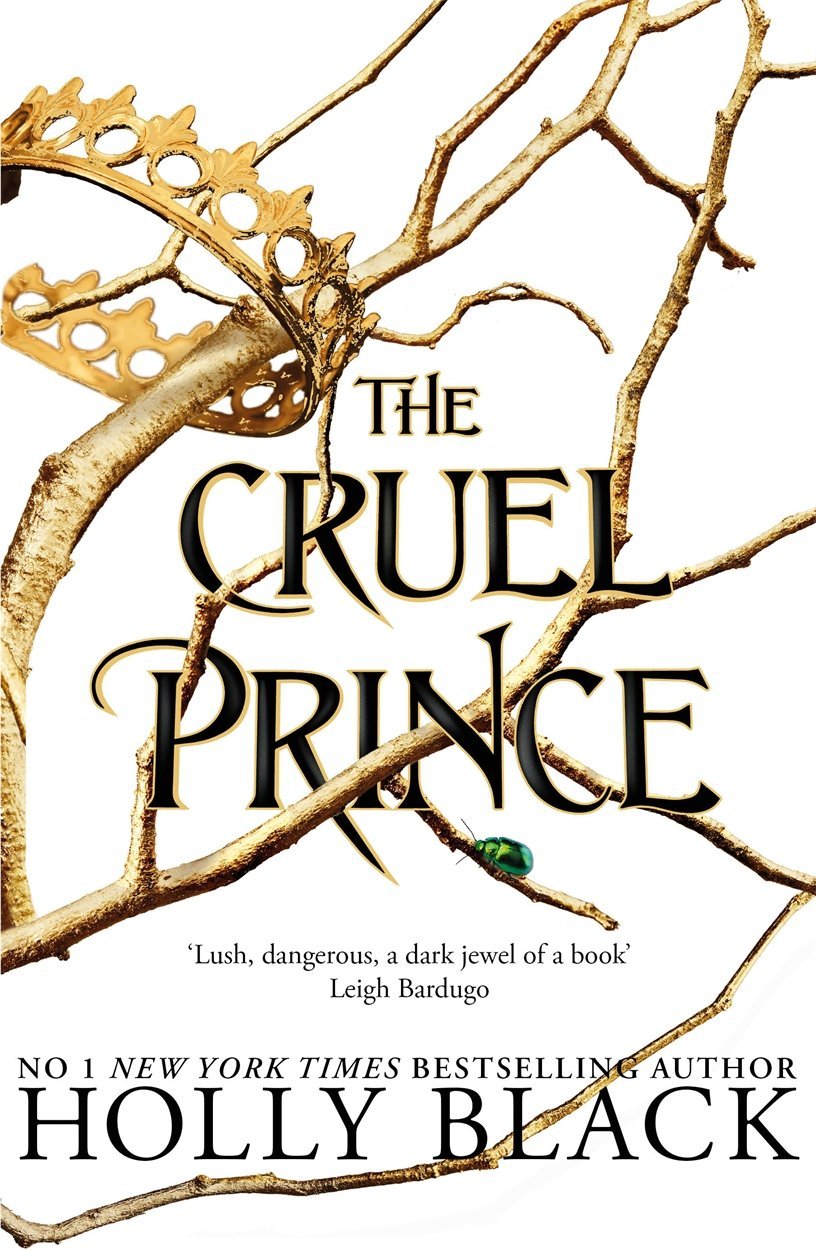 The Cruel Prince by Holly Black

Not sure if I pick Jude Duarte because she is fresh in my mind (because I just finished reading “The Queen of Nothing”), but she is just a character that I’ve really enjoyed reading. She’s determined and bold, and a little bit afraid, which is what makes her human and lovable. Since she’s lived with the Folk since age 7, she is well-versed in Faerie tricks and is trained with thinking strategically, which honestly just impresses me so much.

I am suited to the shadows, to the art of knives and bloodshed and coups, to poisoned words and poisoned cups. 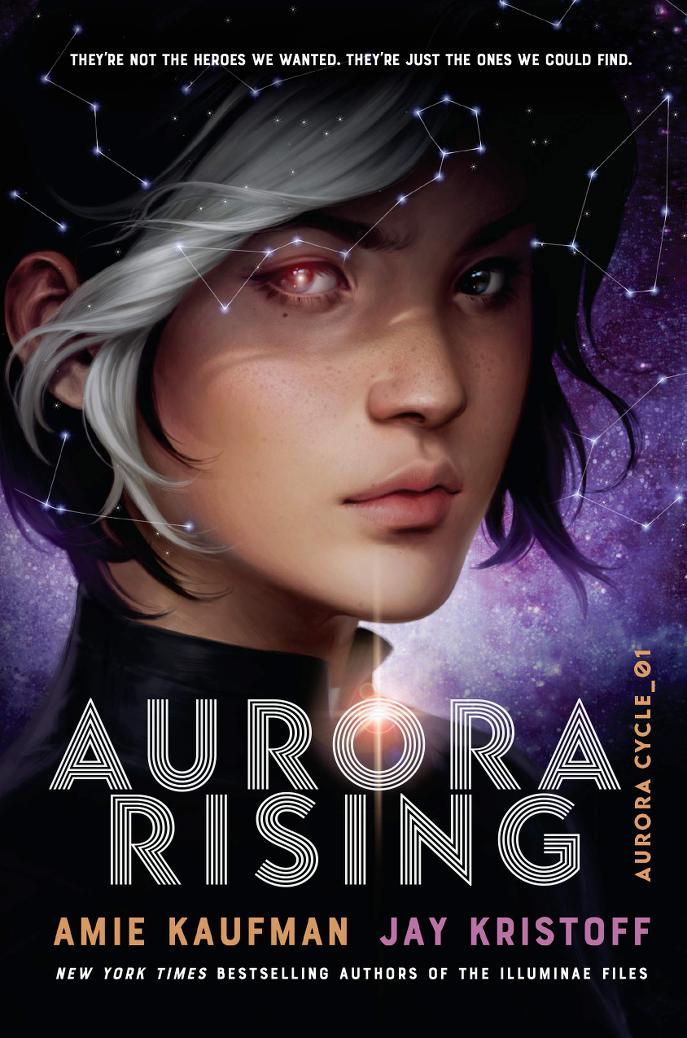 After some careful consideration, this award goes to Finian de Seel. He’s a gearhead Betraskan from Squad 312. He has a disability, which is an insecurity that he overcompensates for by his antagonizing and sarcastic lines. He’s also bisexual! A bisexual alien. I loved reading his lines, and especially loved the chapters with his POV.

The Cruel Prince by Holly Black

Taryn and Jude Duarte, twin sisters. I loved this device in this story, and will probably always love the aspect of twins in stories. I love how they were so close and knew everything about each other, but as the story progresses and events draw them apart, Jude realizes she may not know her sister as well as she thought she did, and Taryn realizes the same. Then there is their older sister, Vivi, whom I also really liked as a supporting character in Jude’s story. 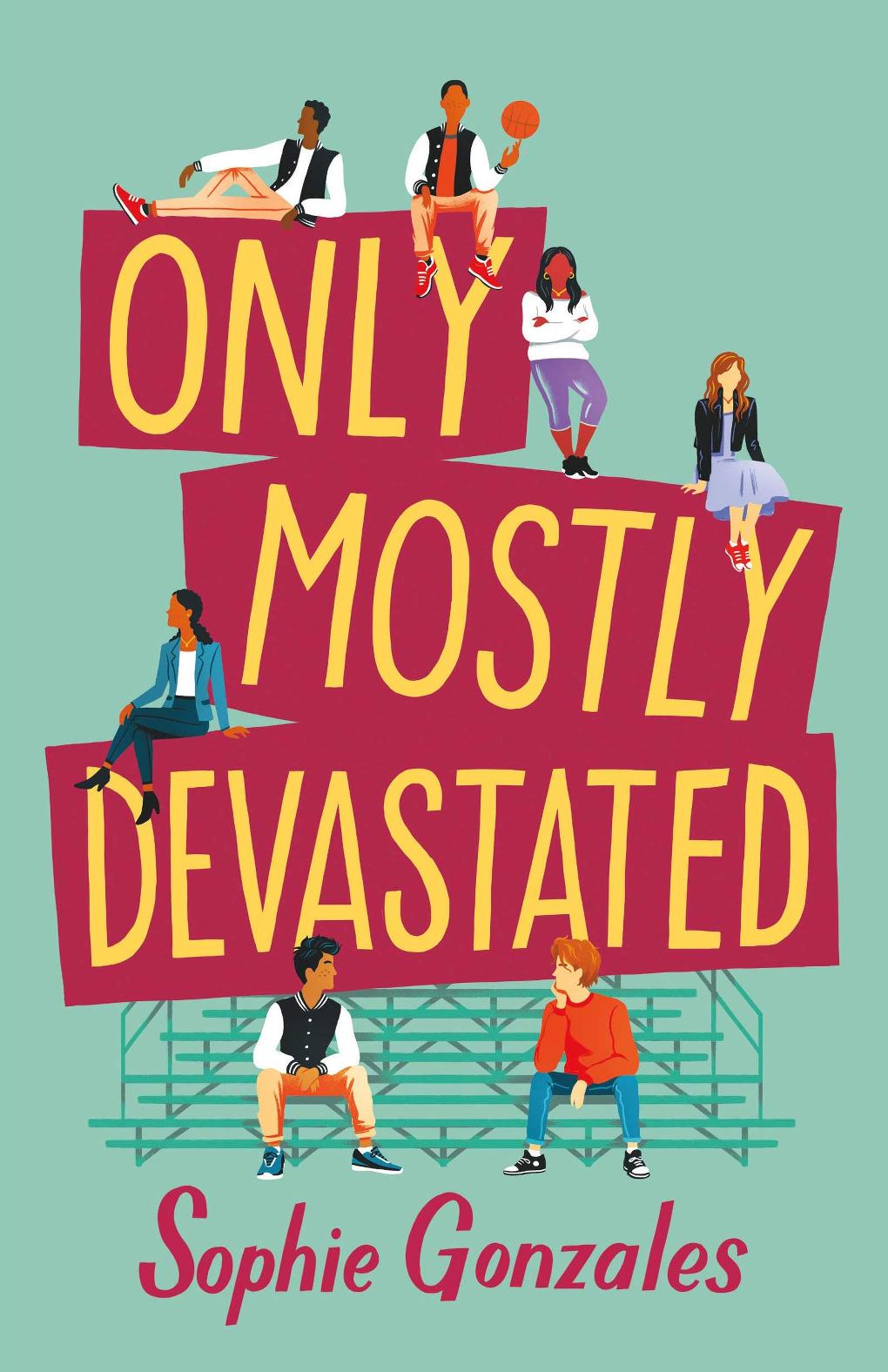 Only Mostly Devastated by Sophie Gonzales

As I was looking through all of the books I read in 2019, I came to the realization that just about every book (besides Only Mostly Devastating and the Harry Potter series) had SERIOUS fam issues… or no family at all! 🤣 But Ollie had great parents, who, even in their unfortunate situation, stuck together like glue and supported their son, who is gay, no matter what. Nathaniel Thorn and his demon servant Silas were friends til the bitter end, despite their arrangement. Even though Silas was a demon, and said he would act one way, simply because ‘that’s the way demons are’, he still deeply cared for Nathaniel, and it showed in his actions and the way he was always there for his master. Silas was a great supporting character, and his character arc was👌🏻!

Elisabeth Scrivener and Nathaniel Thorn. Oh, these two! Nathaniel would always call Elisabeth a menace, and there’s just something about that kind of teasing in a relationship that makes me giggle. (Maybe it’s because that’s how me and my boyfriend are?) But out of all the books I read this year, this couple sticks out to me the most, even still, and I read it in August! Strange the Dreamer by Laini Taylor

I listened to the audiobook for this one at the end of last year, and it was still such a beautiful story, even if it wasn’t the first time reading it. I’ve said it before, and I’ll say it again: I want to live in Laini Taylor’s mind! Lazlo is such a lovable character, and Sarai’s powers are so magnificent and their story is just one I will always love, even though their situation is not one I am envious of. *shakes fist at Minya*

I can’t help but choose Sorcery of Thorns for a THIRD time, because the description of this book is just so captivating because Elizabeth lives with sentient books called grimoires, and they can become rogue and grow to be dangerous beasts that need to be fought! I would love to live in this world, hands down. Can you just imagine living in a library and talking to books? And there’s a magic? With handsome sarcastic and witty sorcerers? GIMME. 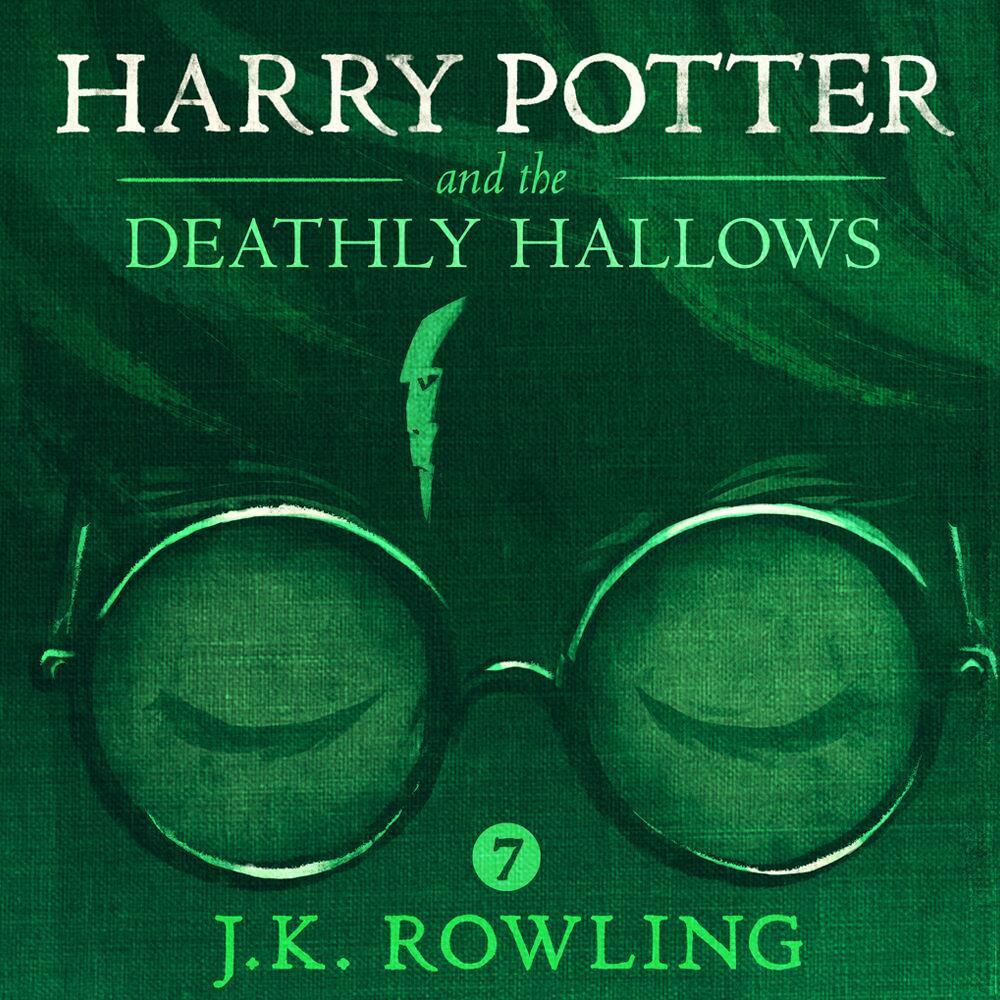 Harry Potter and the Deathly Hallows by J.K. Rowling

I CRIIIIIIIED with all of the deaths in this one! 😭 As some of you may have read this year, I read Deathly Hallows for the first time this year. I’d seen the movies, but I’d never read the books, and it’s been such a long time since I saw the movies (I saw it in theater). House of Salt and Sorrows by Erin A. Craig

I read this one on my vacation in April last year, and I couldn’t put it down! It was a tad creepy, and magical all at the same time. The main character was an unreliable narrator, which I LOVE in a book!

best start of a series

As my first Kristoff/Kaufman read, I am enamored with Squad 312 and I am very eagerly awaiting the sequel this May! It’s pre-ordered and everything already. They make space so cool, and the adventure and the friendship that blossoms as the story goes on just really had me from page one! I’m definitely curious to see what other paths this adventure takes this ragtag group of misfits whom I love oh so much! (Also, I need more of Kal and Aurora’s story. 😍) 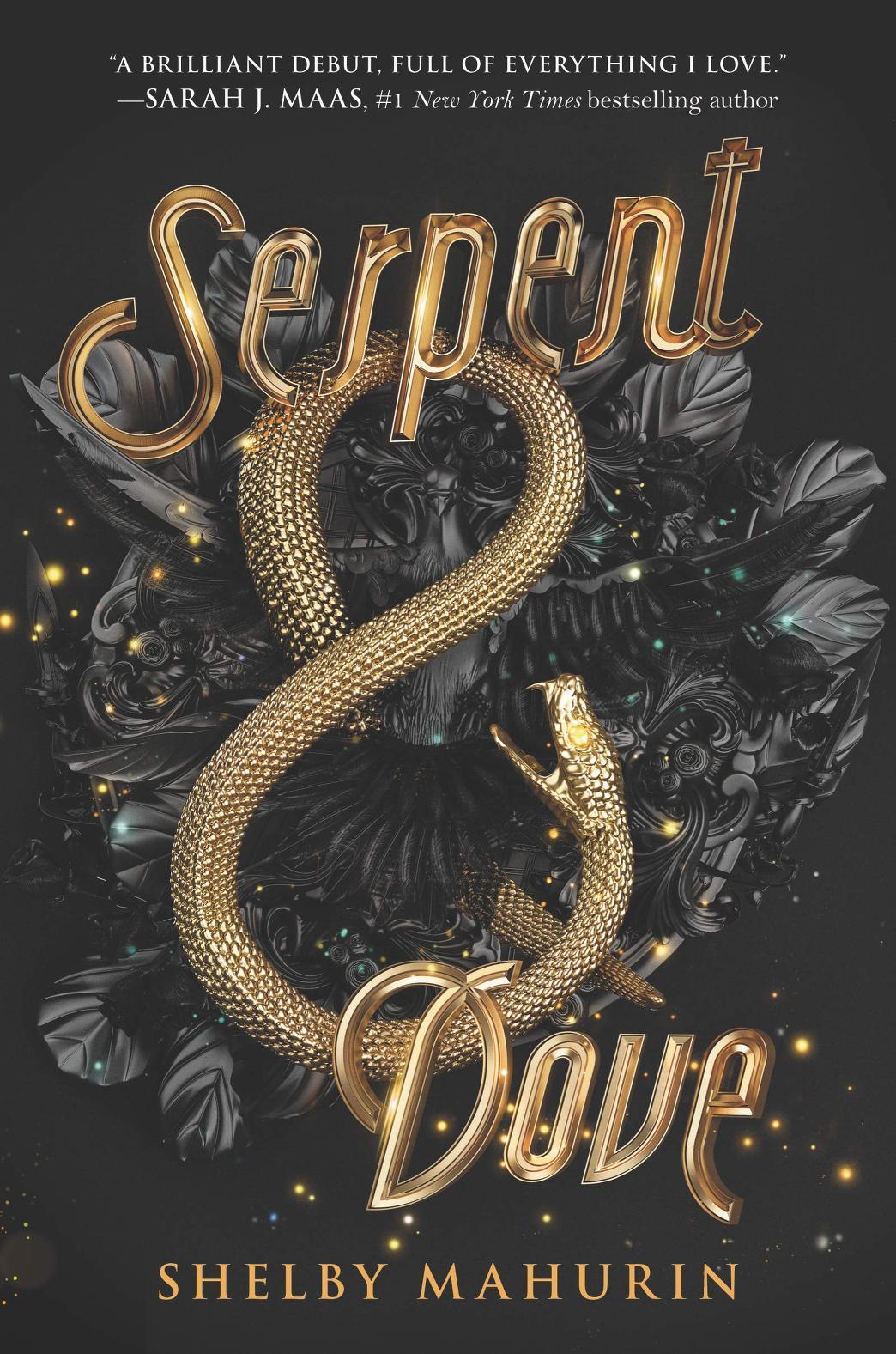 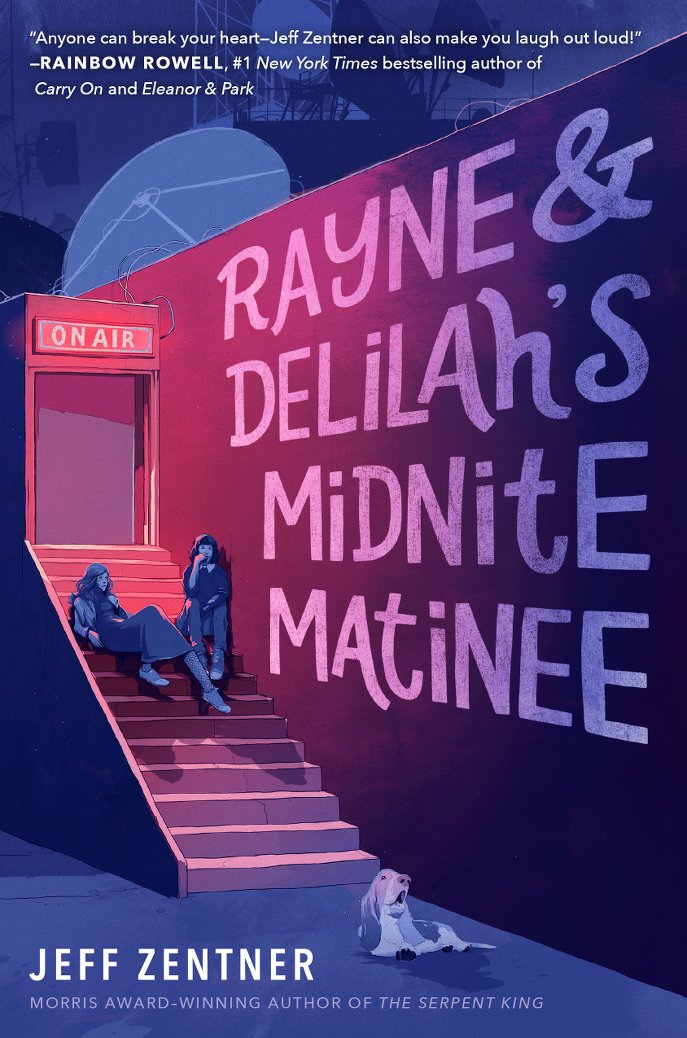 This was SUCH A HARD CHOICE, because I also loved the crap out of Aurora Rising and House of Salt and Sorrows, and even Serpent & Dove. But overall… I still can’t get Elisabeth and Nathaniel’s story out of my head, and every time I see that cover, I remember everything I loved about that world and the libraries and the grimoires and the demons.