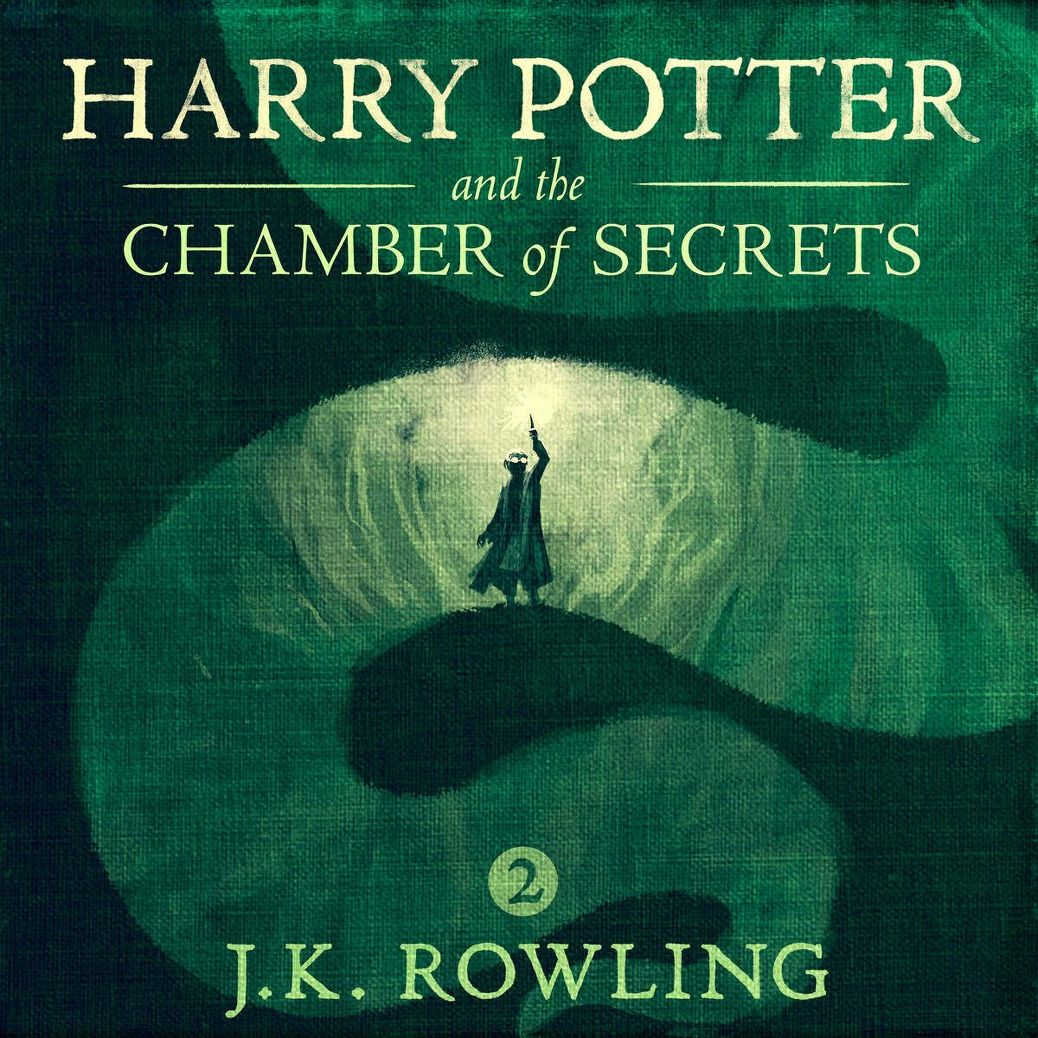 The Dursleys were so mean and hideous that summer that all Harry Potter wanted was to get back to the Hogwarts School for Witchcraft and Wizardry. But just as he's packing his bags, Harry receives a warning from a strange, impish creature named Dobby who says that if Harry Potter returns to Hogwarts, disaster will strike.

And strike it does. For in Harry's second year at Hogwarts, fresh torments and horrors arise, including an outrageously stuck-up new professor, Gilderoy Lockheart, a spirit named Moaning Myrtle who haunts the girls' bathroom, and the unwanted attentions of Ron Weasley's younger sister, Ginny.

But each of these seem minor annoyances when the real trouble begins, and someone — or something — starts turning Hogwarts students to stone. Could it be Draco Malfoy, a more poisonous rival than ever? Could it possibly be Hagrid, whose mysterious past is finally told? Or could it be the one everyone at Hogwarts most suspects... Harry Potter himself.

This review contains spoilery content for the book and the series!

The first time I read the second book in the Harry Potter series, I think I was either at the end of middle school, or at the beginning of high school. I remember sitting on my bed with a book from the series, engrossed in the story completely, but I can’t recollect the exact feelings I felt when I went through each book. Memories of the books are a distant blur (everything that was left out of the movies, that is).

I’ve seen the first four movies at least twice each, and the final four once each. So you could say I know the story-line pretty well.

Re-reading Chamber of Secrets via audiobook was like reading the story for the first time because it’s been SUCH a long time. Of course, major plot points stuck out in my head, but a majority of the story felt so fresh and magical. I think Jim Dale did a fantastic job of bringing the character’s voices to life, and I thoroughly enjoy listening to his voice.

I mentioned in the series’ starter review, Harry Potter and the Sorcerer’s Stone, that audiobooks have always been pretty difficult for me to endure. One, because my mind wanders terribly and it’s hard to pay attention to what’s happening in the story if I’m just listening. (Because I am NOT an auditory learner. I’m either visual or hands-on/kinetic.) Two, because I am VERY picky when it comes to narrators. They have to have a likeable voice. Jim Dale, quite simply, DOES.

As many of you may know, in this book, Gilderoy Lockhart is the new Defense Against the Dark Arts teacher, and Jim Dale does an AMAZING voice for this character. It’s one of my favorites, alongside his Rubeus Hagrid voice.

As far as the story itself goes, Chamber of Secrets is woven in a brilliant way. I am in awe of the way Rowling tied up all of the loose ends at the end. I definitely never gave her enough credit for the amazing world she built, and the characters we can’t help but love. Re-reading this series has brought all of that wonder and MAGIC back that I had forgotten about. I can’t wait to get further into this series!

2 Responses to REVIEW: Harry Potter & the Chamber of Secrets (Audiobook)